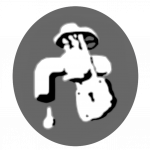 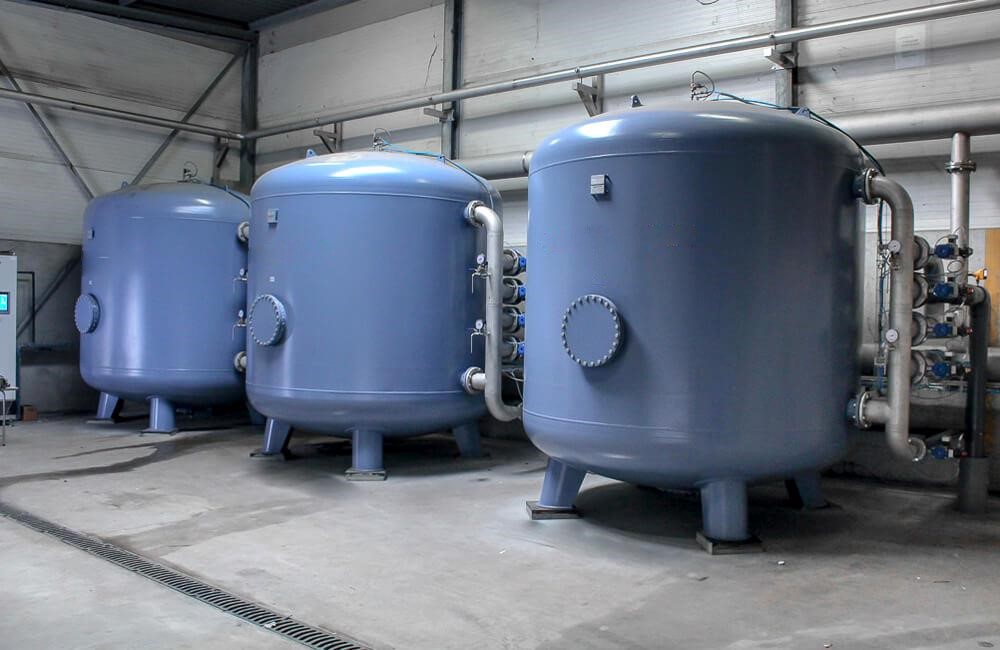 Iron Removal Filter consists of Manganese Dioxide layer which     works as a catalyst For converting Iron present in water as Ferrous to Ferric ion which can be easily precipitated & filtered physically. Iron removal Filter is used for removing Dissolved Iron from water. 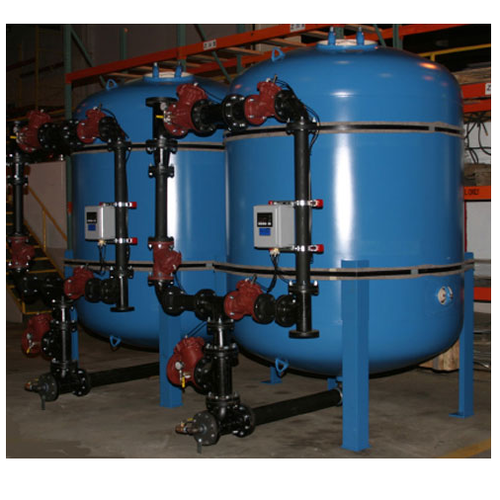 Dual Media Filter primarily used to Filter out Turbidity in the raw up to level of 50 NTU.It consists of sand and Anthracite as Filtering Medium, Anthracite having higher dirt holding capacity is used for removing turbidity. 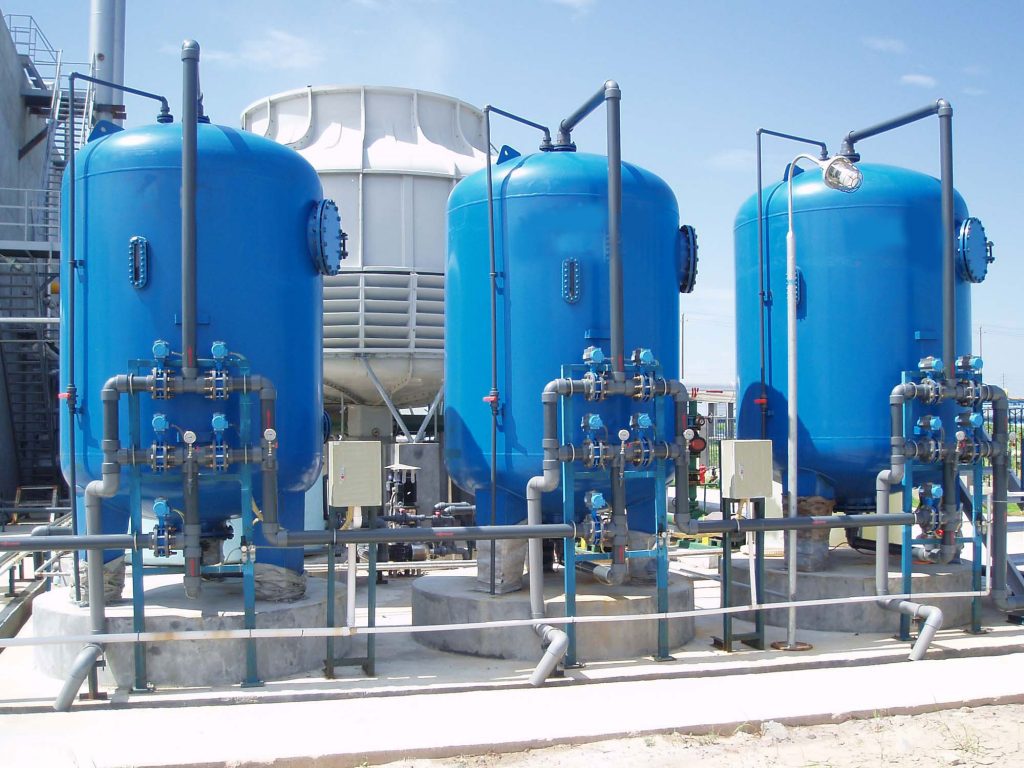 Carbon filtering is a method of filtering that uses a bed of activated carbon to remove impurities from a fluid using adsorption. Carbon filtering works by adsorption, in which pollutants in the fluid to be treated are trapped inside the pore structure of a carbon substrate. The substrate is made of many carbon granules, each of which is itself highly porous. As a result, the substrate has a large surface area within which contaminants can be trapped. Activated carbon is typically used in filters, as it has been treated to have a much higher surface area than non treated carbon. 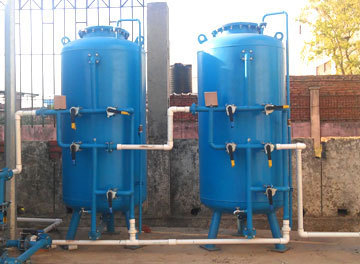 The presence of certain metal ions like calcium and magnesium principally as bicarbonates, chlorides, and sulfates in water causes a variety of problems.

Hard water leads to the buildup of limescale, which can foul plumbing, and promote galvanic corrosion. In industrial scale water softening plants, the effluent flow from the re-generation process can precipitate scale that can interfere with sewage systems. 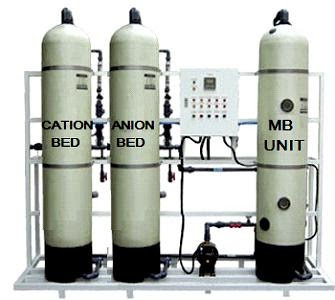 Demineralization ( DM ) Water Treatment Plants. Demineralization is the process of removing mineral salts from Water by using the ion exchange process. Demineralised Water is Water completely free ( or almost ) of dissolved minerals as a result of one of the following processes. 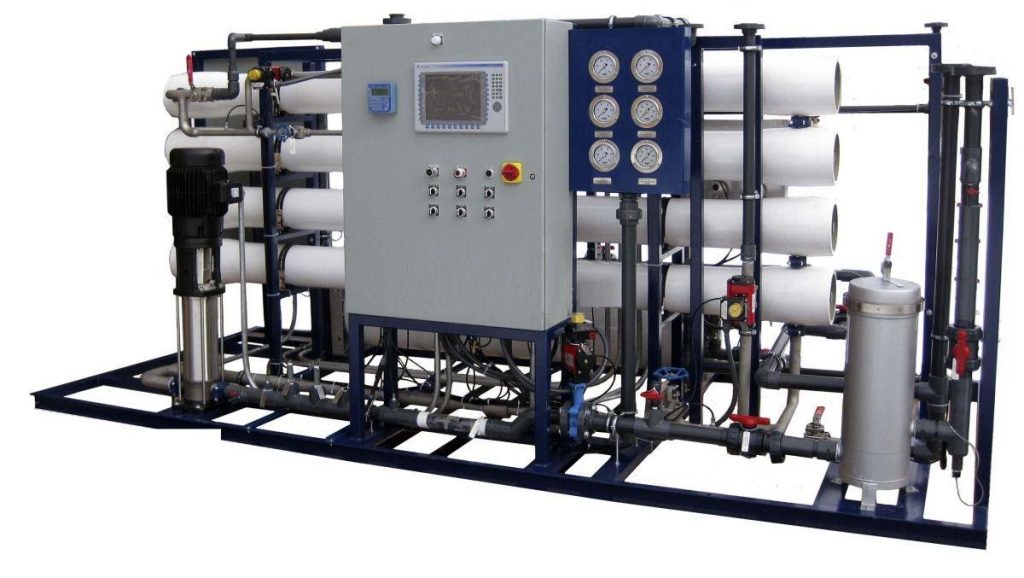 A reverse osmosis plant is a manufacturing plant where the process of reverse osmosis takes place. Reverse osmosis is a common process to purify or desalinate contaminated water by forcing water through a membrane. Water produced by reverse osmosis may be used for a variety of purposes, including desalination, wastewater treatment, concentration of contaminants, and the reclamation of dissolved minerals. The image below is an industrial RO with a range varying from 500lph to 50,000lph. We provide the plant in any range required.

Fine mesh sand along with gravel of different sizes are used as the filtering Media. It is used to filter out turbidity from Raw Water up to level of 25 NTU. 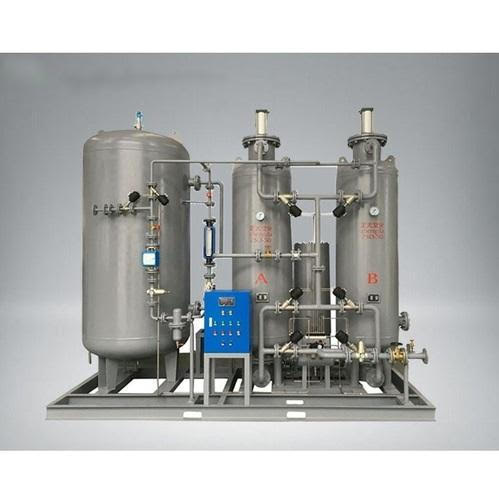 Ozone is an unstable molecule which readily gives up one atom of oxygen providing a powerful oxidizing agent which is toxic to most waterborne organisms. It is a very strong, broad spectrum disinfectant that is widely used in Europe and in a few municipalities in the United States and Canada. Ozone disinfection, or ozonation, is an effective method to inactivate harmful protozoa that form cysts. It also works well against almost all other pathogens. 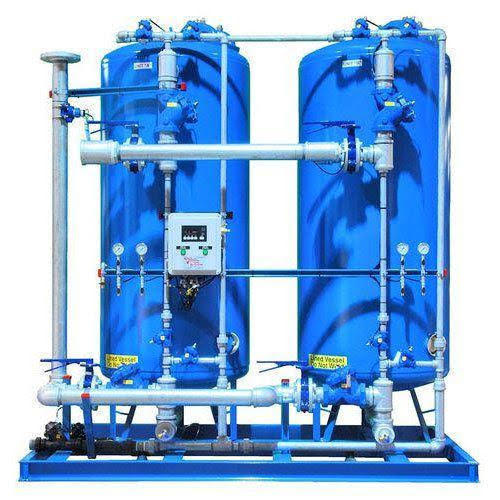 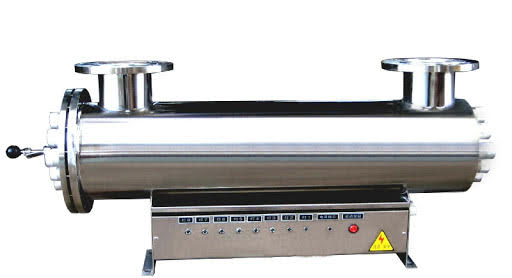 UV light has been used for sterilization and disinfection as early as the mid-20th century. With advancements in technology, and specifically in the UV bulbs themselves, its reliable long lifespan (thousands-of-hours) and smaller size (e.g. UV LED vs traditional UV bulbs) has broadened the field for where it can be used.